Abie Grundling from Pretoria returned home after winning the second JSKA Europe Championships hosted in Glasgow last week. It had been a long and hard journey for Abie starting his career in the fighting arts with Koos Burger sensei as a young boy. Injuries hampered his progression but hard committed training earned him an invitation to the above mentioned championships. Abie adapted his training program with focus on projection and cardio training more than sixty days before travelling the Europe. He completed his preparation in Guildford, UK before travelling to Scotland with the UK team. The days before the championships were spent training in the JSKA Masters Training Camp to gain valuable knowledge from the high graded leadership of JSKA.

Abie’s division was early on the day of the event and included participants from across Europe including the former JSKA Europe Champion Lars Degner from Germany. The preliminary rounds offered little opposition and afforded Abie time to adapt to the weather conditions and competition surface. Abie was soon waiting to be called for the final of the Europe Senior Male division.

It had been an intense clash between two experienced fighters from different continents. Abie gained the first point with an expected reverse punch and was awarded Wazari (half point). No effective clash followed for some time until Abie attacked with an extremely well timed foot-sweep. A perfectly executed strike to the back of the German’s head landed even before he touched the floor. Hans Muller sensei awarded an undisputed full Ippon and the Europe Crown to a South African.

Well done Abie! Your example and achievement certainly motivated the young generation. The Karate Academy ventures into new avenues with KarateFit offered at selected schools. Focus will be on Cardio fitness for adult students. The December holidays not too far could serve as the motivating factor for the fairer gender. The Academy gained much knowledge and experience from Europe regarding the Bully-problem that had become a huge problem in Europe. A project called Beat-the-Bully will be offered to our youngsters in the capital. It is unfortunate that such need had arisen in our schools but the restoration of self-confidence could attribute to conquer this damaging sickness.

The last semester will include a huge team competing in the 20th JSKA Development Championships hosted in North West Province. Namibia promised an experienced team which includes a number of champions from the 2014 JSKA World Champs hosted Italy last.

Judges and tournament official course, 23 May 2015 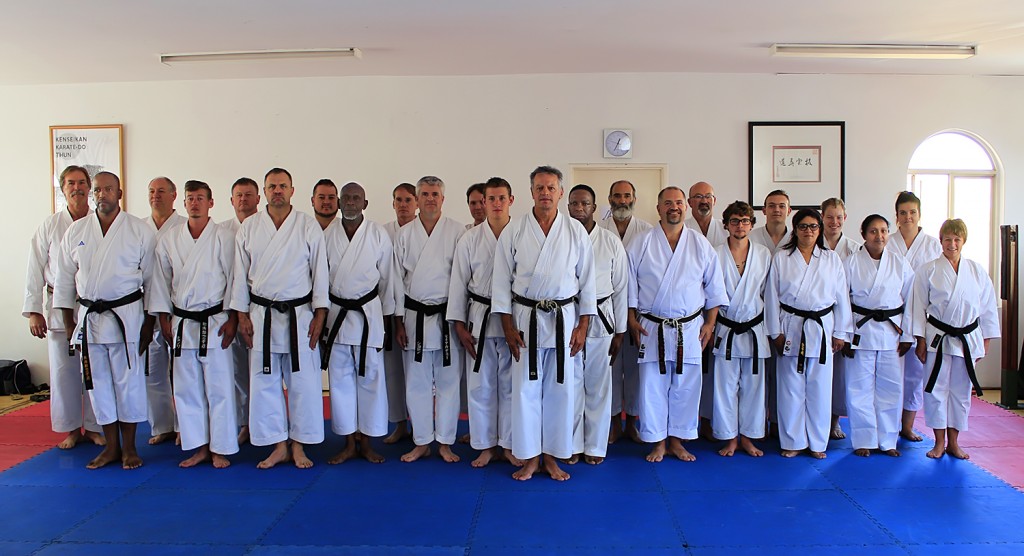 A Judges and tournament official course was held on 23 May 2015 at the Centurion Dojo.

The judges course, presented by Sensei Soon Pretorius,  was conducted for all senior graded students (Brown +) based on the new draft JSKA South Africa rules.  The tournament official course was conducted by Sensei Elmarie van Zyl.

Senior members are welcome to view the draft JSKA South Africa rules and submit any comments by 30 May 2015 to Pieter Coetzee at (pieter@selftrack.co.za).

This Championships will also serve as trials for the selection of:

Follow this link to view the map and estimated time schedule

The Gauteng Open Championships took place on 09 May 2015 and was an open karate tournament for all Shotokan organisations. Shotokan Kata and Kumite Rules applied.

A South Africa delegation has been invited to attend and participate in the above event. Unfortunately only 12 senior students will be allowed to participate.

Students (Shodan and above) and Instructors wishing to join the SA team must contact Sensei Soon, directly via soon@jskasouthafrica.co.za, to receive detailed information regarding the tour.

Follow this link to view more information on the event from the organizers.

The annual Berg Gashuku at Injisuthi in the picturesque Drakensberg took place from 13-15 February 2015.  All Brown,  Jnr Black and Black belts were invited to attend this intense but rewarding training camp.

This is one of the “must do” training events annually and not only does it test one’s loyalty and dedication to karate, but it also brings the true spirit of karate and Budo to the fore.

We are extremely fortunate to be able to participate in the 8th JSKA World Championships hosted on our doorstep in 2016.

We have competed in Swakopmund many times and understand their weather and temperatures. The 2014 JSKA National Development Team will form the foundation of the team to represent SA in 2015 in South Africa at the 20th International Shotokan Development Championships.

A final selection will be based on these results as well as consistency in performances. In 2015 JSKA South Africa plan 6 national events spread across the year and would include the annual development and national events. Our team will be well prepared for 2016!

Keep up-to-date with developments relating to this championship in Namibia in 2016. 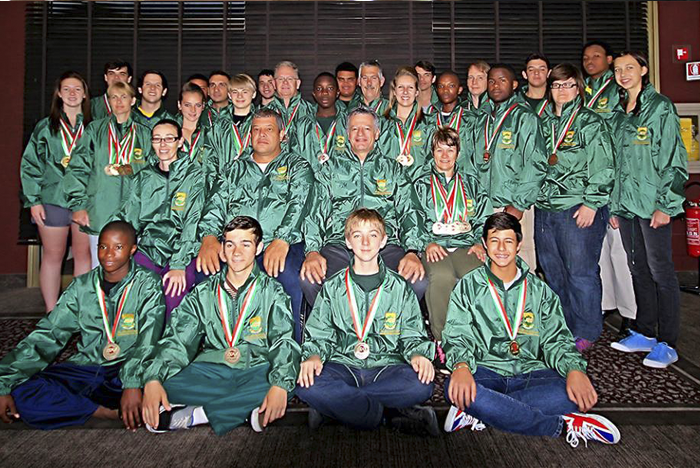 A strong delegation from South Africa returned from an extremely successful championship hosted in Terni, Italy in July 2014. Our team returned home with 46 medals in a fiercely contested event with a number of newly crowned world champions!

An intensive preparation program which lasted many months guaranteed success not withstanding strong opposition from across the world. We have laid a strong foundation for 2016 tournament in Namibia with an unfair of competed in Swakopmund many times.

The JSKA Karate philosophy is to:

JSKA South Africa consists of a number of schools across Southern Africa directed from the head office in Pretoria, South Africa.

VISION
We strive to become an effective and credible karate organization in Southern Africa.

MISSION
Our mission is to:

PURPOSE
Our purpose is to enable students / instructors to reach their ambitions and to assist fellow students instructors in reaching theirs.

ENERGY is created by releasing a compressed substance to its expanded variation. In the vast world of physical science, one can identify a large number of unrelated movements under these conditions.

An example related to our rugbyfanatical nation is a scrum between opposing sides. The most powerful individuals usually play as forwards in a team and always those with a body mass that one would hate to find in an opposing team.

But these enormous blocks of power and energy still find it necessary to compress their legs when setting in a scrum with the sole objective of executing maximum power and strength to overpower the opposing side.

In the competitive game of squash, players are taught to “bend their knees” to create maximum projection in distance and speed. A former world champion stated that the player who bends his knees will win the game.

Athletic codes like sprinting, shotput and javelin require a mastery of compression before the final actions are executed.

In the ancient art of unarmed combat, compression or contraction is essential in nearly every move in Kata and Kumite. The very first move in Heian Shodan stipulates compression in the preparation phase of the defence only then followed by the expansion of the technique.

The most obvious compression is seen in those jumping movements like in Heian Godan and more advanced Kata like Empi. I personally enjoy Kankuku Sho which includes two very different variations of jumps.

Kamae or the ready position in a fighting stance will be in a natural position with relaxed bend legs and compressed arms. A fighter will, like the forward player in rugby, compress his or her legs and upper body to gain maximum distance in the shortest time possible.

Projection as a result of compression will firstly gain the necessary distance from the attacker to the defender but through projection also enhance the attacking hand or leg attack. It is thereby impossible to execute an effective technique without the support of the projection of the compressed badly.

In Shotokan style of karate, power is mostly created in a linear fashion opposing to the circular movements found in the Nahate styles of karate.

This will be my last column at the end of an exciting year filled with great challenges and opportunities. Enjoy the festive season and we look forward to seeing you on the tatami next year.